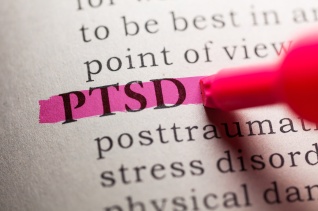 The rise of post-traumatic stress disorder (PTSD) among U.S. military veterans has long been a concern, but an effective treatment has long proven elusive. That’s because those who’ve served and were negatively affected by their experiences aren’t always willing to talk about these inner-most thoughts. According to a Nov. 11, 2017 article from CNBC, “emerging technologies” are being put to good use. It’s not a moment too soon either, as the article estimates that anywhere between 11 and 20 percent of military veterans who served overseas in Iraq or Afghanistan are suffering from PTSD. The rate jumps to 30 percent among those who served in the Vietnam War. To psychologist Natalie Barone, the roll-out of new technologies couldn’t come quicker. That’s because she recently completed three professional development courses ran by the U.S. Department of Veterans Affairs and Department of Defense and has learned first-hand that the struggles veterans face are vast and complicated.

According to the article, veterans aren’t always forthcoming about their struggles. “The culture of the military is to say, ‘No, I’m fine,'” a researcher with the University of Southern California told the news outlet. This is where virtual diagnosis tools have come into play. Through technologically-assisted readings, facial expressions are tracked and patterns are detected. What’s more, the interview with this program from USC isn’t recorded. According to Natalie Barone, that’s an interesting approach and one she’ll be paying more attention to in the future. That’s because one of the professional development courses that she completed focused on numerous diagnostic tools and screening measures. She similarly learned about PTSD assessment through the Davidson Trauma Scale, which is “a 17-item self-report measure,” according to the veterans administration.

The article further states that the “NeuroFlow” biometrics program is being used to measure “neurological movements in the brain and heart-rate levels to monitor PTSD symptoms in real-time.” These readings are tacked among female military veterans who’ve endured sexual abuse or substance use during their time in the military. This approach monitors stress and engagement levels among other indicators so that medical and healthcare professionals can better understand the patient. According to psychologist Natalie Barone, this is also a novel approach. Upon completion of the defense department’s military culture course, she would come to better understand both the culture and subculture of members of our armed forces and learn their attitudes.

While these new technologies have yet to see widespread use, Natalie Barone will continue to track their broader applications as she continues to learn about psychology as it pertains to military veterans and the contemporary issue of PTSD in society today.